Things We Saw At The ‘Con: Scott Snyder 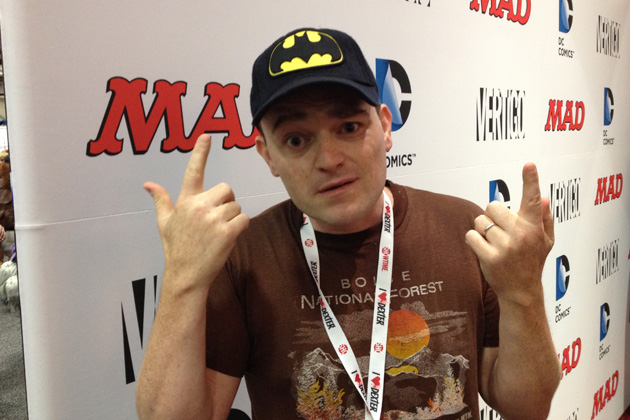 I go to Comic Con as a fan of all medias.  Movies, TV, comics and prose writing.  All of it is my bag.  Not anime, since I like adult women and not young girls to degrade.  But that’s beside the point.  Even if the con has emerged into a mainstream event focused more on movies and tv and games, I always get into a massive comic mode around the event.  Before and after, I go hard in my comic reading.  Not that I lack in that mind you.  I pick up a new stack of books every week at my local comic store.  And of the current crop of writers in the biz, no one is more massive than Scott Snyder.

Scott Snyder isthe Stephen King of comics.  A man with no pretensions, telling amazing stories in simple but ingeniously told ways that tend to have elements of horror in them.  Every book he’s worked on from the beginning of his comics journey has been amazing, starting from Severed at Image Comics all the way to his current run on Batman and Wytches.  Whatever he touches, comic gold.  Every year at comic con, he’s one of, if not the, most sought after artist to meet. And just for me personally, he’s my favorite writer going right now.  I love his stuff and really respect the man on a personal level, having read/heard many interviews with the man.  And after a few years of missed chances to get his autograph and just have a few seconds of interaction with a storytelling hero of mine, I was determined this year to get his autograph at one of his signings.

Looking into the schedule for the year, Snyder had a few signings throughout the con, two each day except for Sunday, which had one.  He’d sign at the DC Comics booth and the Image Comics booth.  But these events were ticketed, with the tickets being given out at the opening of the show floor.  DC comics I knew would be swamped and impossible, but Image wasn’t too far fetched too me.  Thursday and Friday was out of the question due to some press related events, so Saturday it was.  I scoped out the area where the Image booth was to know my plan of attack, so I could make quick work of getting online at 10 am stat.  Which, as it turned out, wasn’t a real problem since I managed to sneak onto the floor at 9:50 am and get in line.  I was still about tenth in line, but it was a lot better a position than I had any right to be in. And with an extra stroke of luck, I also managed to get a ticket to have Brian K. Vaughan sign some stuff.  A ticket to a second signing didn’t seem possible in my head, but they offered it to me.  I was stoked.  The possibility ceased being a possibility and became an inevitability.  I brought in my copy of Batman: Death Of The Family and Wytches: Volume 1 to sign, and bought Severed at the Image booth in preparation to have something to sign.  All that needed to be done now was wait for the time to come to meet the man.

But Saturday wasn’t the first time I saw the man. Friday was the first time of the con he was in my sight.  But this wasn’t a really personal event.  He was attending a panel that was being hosted by DC in honor of the man for his massive success.  And since I had a hole in my schedule, I was able to go. And by hole in my schedule, I mean I made it a priority to go.  So I went and it was an absolute blast.  Informative and interesting are the words of the day.  His thoughts and feelings on Batman alone are endlessly fascinating.  For one, and maybe the most fascinating thing he said at the panel, was that Batman in the 80s was very much about scaring the criminals into the shadows with vigilante justice.  But after 9/11, the bad guys were revealed to be living in the shadows, so Batman has to know be about something more.  Batman has to inspire people, but in a different way than Superman.  Batman has to show people that you can achieve all of his successes, because he’s a human and his successes are attainable.  Another cool tidbit is when he started talking about The Joker, and how he sees Joker as a force of uncertainty.  That when The Joker sets his sights on you, he will make you fear that you are right to doubt yourself.  And, since he was seemingly in a semi spoilery mood, he revealed that The Joker would be back in at least two more arcs he has planned.  Talking of villains and future arcs, he said he does have a really good arc for Two-Face, because Two-Face is the ultimate representation of the darkness in us all. Another big bombshell he dropped was that, after issue #51, artist Greg Cappullo is go

nna be taking a break for a while to rest up and work on something else before coming back.  In the interim, Sean Murphy (artist of Snyder’s The Wake), will work on the book (which in a funny side note, when I met Murphy in Artists Alley, he acted like Snyder wasn’t supposed to say anything and that he didn’t think it was official yet).  And in a final piece of knowledge he dropped on us was him explaining why he feels Batman keep secrets from the Bat family.  He says he does it because Bruce sees the best parts of him in them with none of the bad, and he is trying to keep the darkness at bay from them so they don’t end up like him.  Bruce doesn’t even consciously realize, Snyder says.  Which is utterly fascinating and totally in character.  Snyder just proving yet again that he is not just a great writer, but a great critical thinker and a generous creator.

After this event though had a great little moment for me.  When the panel ended, people swamped the booth he was at for autographs and he tried to sign as many as possible before he had to leave.  I couldn’t get to him before he left, so I left even more resigned to meet him the next day.  Only as I was leaving and walking towards the exit of the hall of screening rooms, who is next to me but Scott Snyder.   I didn’t wanna bother him enough to stop and talk or sign anything, so I just asked for a quick selfie, which he graciously approved of and thanked him for everything, including the aforementioned selfie.  I coulda been done there, but I was even more determined to meet the man and have a minute or two to just talk.

Saturday was chugging along and I was ready to go.  I even made it to the booth a half hour early just to make double sure I was gonna get to him.  And even with that much time, the line was pretty big.  But not big enough that  I was worried.  The time was upon me.  The line started moving, albeit a little slowly.  Slowly enough that I then started to worry.  But luckily for me and the safety of everyone around me, I got to the man. And it was great.  Obviously I had to make it quick and he was personable but definitely in a Comic Con daze, so I just kinda praised the man.  I told him the Stephen King thing, and told him that I connect with his work in a big way in no small part because of the horror bent he has in everything while still bringing humanity and proper storytelling to whatever he does.  And he was very gracious, taking it in a very humble way and making me feel like a regular dude and not some jerkoff taking up his time.  He signed my three books, took yet another selfie with me, and I was off.  It was great and my weekend was a success.

My love affair with Scott Snyder isn’t done now that I’ve met him in person or have his autograph.  As long as the man keeps putting out the amazing work he does on an ungodly consistent basis, I’m gonna always read it and just sit in awe of it. And just a funny little end note, I went to autograph alley to make some last minute pick ups of signings with my friend and his family.  And as we are walking to go to someones table, who just so happens to be standing behind but Scott Snyder.  Having already taken two photos with the man, I got my friends sister to take a photo with him, since shes a big ole nerd too.  He happily obliged and we were off.  So my weekend, as my normal comic reading life is, was filled with Scott Snyder.  And it was great. 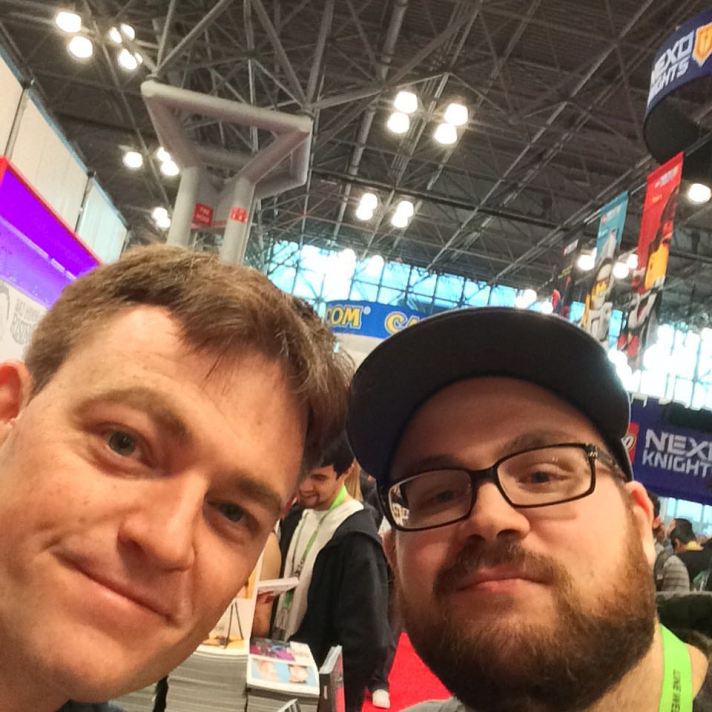