Get caught up with the mission statement, Episode I, Episode II, the Clone Wars movie, the first season of the show, the second, the third, the fourth, the fifth and the sixth.

Hey guys, just a quick little post between posts, unscheduled, to talk about The Clone Wars Legacy. Now, this stuff doesn’t much get talked about, since anything Clone Wars created post-Disney acquisition got sorta swept under the rug once it took place and they decided to focus on stories after the prequels and original trilogy (namely Rebels and Episode VII). Unfortunately, the production team had already written scripts and done early test work on Season 6 and even Season 7. The finished a short order for Season 6, as you know (we covered that in the last column), and were left with two unfinished arcs and two that were only scripted. Rather than let these fall forever in some archive somewhere to never be seen, Lucasfilm decided to create something called the Clone Wars Legacy, a subsection of the Clone Wars franchise that existed to tell these stories in whatever form they could, from hosting video on StarWars.com to adapting the scripts to comic book or novel form. So with so many unfinished stories of the Star Wars The Clone Warsuniverse available for us to experience (all canon), it’s only right to wonder: were all these stories that bad they gave the go-ahead to finishing Jar Jar’s love story?

The answer is no, emphatically no. Well, mostly emphatically no. Look, how about we just do a little blip about each, as spoiler free as possible, to let you know what’s worth checking out:

Nothing like static, lifeless, PS2 graphics to move a story along, huh? Look, you can’t fault the visuals for something that are essentially animatics, not intended for public consumption. The episodes A Death on Utapau, In Search of the Crystal, Crystal Crisis and The Big Bang must be judged on their writing, not their look. That sad, the stunted rough draft does hint at what could have been some beautiful visuals, and there’s some really fun banter between Anakin and Obi-Wan, reminiscent of what we get in Attack of the Clones during the big Coruscant chase. The plot is honestly a little weak, but this is really a character arc, with some hilarious moments (Anakin and Obi-Wan bickering about how to properly use the force and their lightsaber at the same time) as well as some moving ones (Anakin suggesting they call Ahsoka before remembering her departure from the order, and Obi-Wan trying to comfort him). Typical of Clone Wars, the arc runs on about an episode too long, but over all it’s a shame this hit the cutting room floor over honestly any of the completed arcs for Season 6, if solely because this is perhaps Matt Lanter’s finest moment in a series where he really just nails it every time. Is it worth the watch? Absolutely, and if you’ve got ~90 minutes to spare, you can check it out here.

The Bad Batch arc is in the same boat as the Utapau arc: It’s overly long by an episode, hampered by its unfinished animation, yet this is perhaps the more frustrating of the two arcs in its fate in that the introduction of the so-called Bad Batch, a group of clones born deformed with specialized skills, called in for a special assignment, is fantastic. Their personalities are instantly engaging, their quirks, including a bombshell painting of Padme on the side of their ship (much to Anakin’s chagrin), utterly delightful. You’re also treated to a moment of ferocious brutality from Anakin where he comes as close as ever in the series to renouncing the Jedi order, and if there’s one shame in the series it was that it never showed us the further progress of Anakin’s descent into the Dark Side prior to Revenge of the Sith. Is it worth watching? Definitely, and you can check it out in the same place (and around the same amount of time) as the Crystal arc (which if you’re too lazy to scroll up is here). 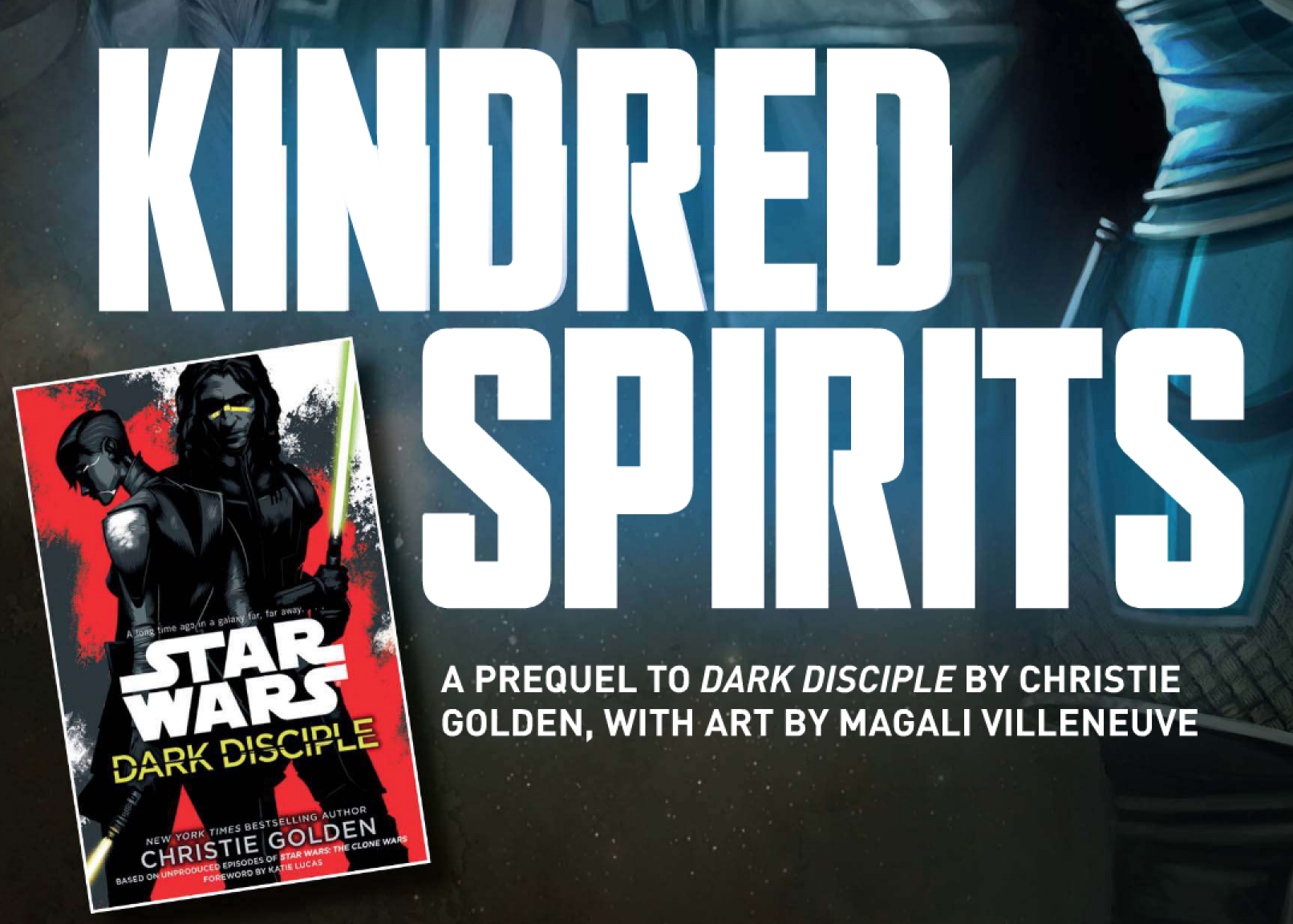 “Kindred Spirits” is a short story which appeared in Star Wars Insider Issue 159, and functioned as a prequel to the Christie Golden novel Dark Disciple. The novel was based on an eight episode arc intended for the seventh season of the series, but the preceding short is presumably an original story by Golden with follows the somewhat reformed Ventress in partnership with a pirate, battling her way out of a stand-off with a different pirate (and considering how few pirates the series had, you can guess who at least one of them is). It’s an entertaining enough short story, peppered with elements that would go on to appear in the novel, and Ventress makes for a fun story in almost any scenario anyway, so the question of whether it’s worth reading comes down to your particular fondness for the character. It’s definitely not essential reading either way, but if you dig the character as much as I do, it’s a fun little read. Otherwise, it’s nothing to break your back trying to get ahold of now that the issue isn’t in stores. 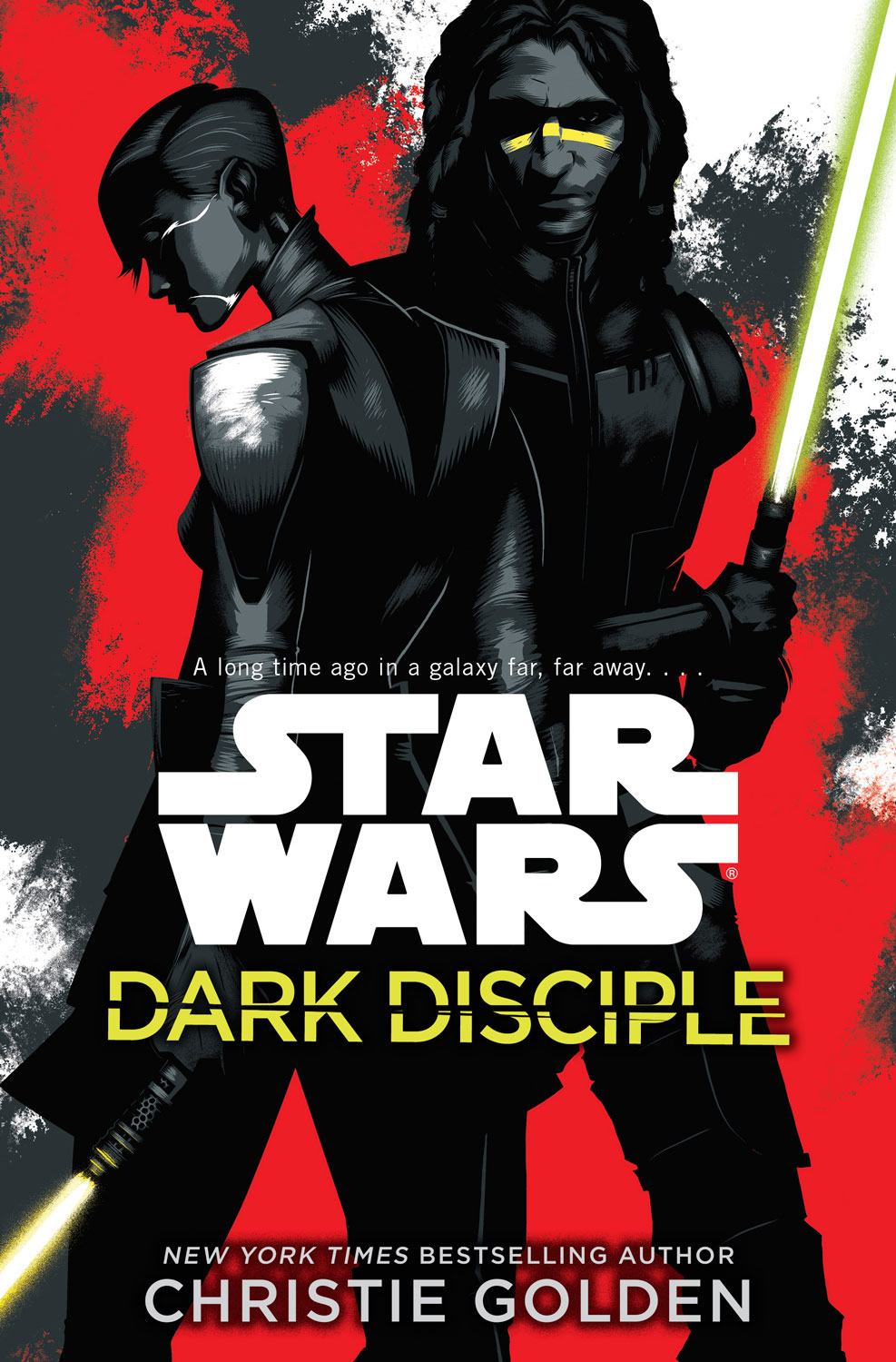 Holy crow, was this one tough to take. Now, this wasn’t my first rodeo with a Star Wars novel, not even in terms of the new canon, but books like Tarkin and A New Dawn (which we’ll be discussing in about two weeks time) were quick reads, done in a day or two. Dark Disciple became a chore fairly quick, and not because it’s some Joycean novel of epic size or complexity. It just drops the ball with what should be an amazing premise. Asajj Ventress teaming up with Quinlan Vos to assassinate Count Dooku on the order of the Jedi Council, Ventress training voice and drawing him closer to the dark side, unwittingly playing him right into Dooku’s grasp, this could have been amazing. However, its bogged down by an out of character love story for Ventress as she becomes almost a blushing schoolgirl for the cool-guy Jedi, who ultimately winds up the protagonist of the novel while Ventress gets further and further relegated to the sidelines as the book goes on. It’s prose isn’t abysmal, and doesn’t rank so much beneath the other novels so much as its too dry to save this insufferably meandering plot. It gives some somewhat satisfying closure to Ventress’ arc, but fails to stick the landing overall, and you lose interest well before that, slogging through it solely out of a sense of completion. But trust me, dear reader, I do this so you don’t have to, and trust me: Just skip right past this. This isn’t the kind of story you’re looking for. Move along.

On the other hand, there’s this. Darth Maul: Son of Dathomir, the four issue comic book series from Dark Horse Comics (the only Dark Horse comic still considered canon). This is a must read. Go out, rent it, read it, buy it. It’s the first Clone Warsstory in a long time with an acute sense of purpose and brevity, it does right by all the characters contained within, possesses a great sense of finality while still opening the storytellers up to new possibilities, and is ultimately the most exciting part of the entire Clone Wars Legacy (and form the quality of the writing, it’s clear the crew behind it knew this too. 100% worth reading, and indeed re-reading. I intend to as soon as I’m done with this.
So that’s it for the Clone Wars Legacy, mostly engaging with one swing-and-miss. Check out what you want from it, then feel free to chime in in the comments to let me know what you though. Or, you can just hang out and wait, because we’re just days away from discussing the final installment of the infamous prequel trilogy, Star Wars Episode III: Revenge of the Sith, and you don’t wanna miss that.