Get caught up with the mission statement, Episode I, Episode II, the Clone Wars movie, the first season of the show, the second, the third,the fourth, the fifth,the sixth,the Clone Wars Legacy,Episode III,the lead-up to Rebels, Rebels Season 1, Rebels extras, Episode IV, and the bridge between the films.

The year is 1980. The Miracle on Ice just hit Lake Placid, Pac-Man fever hit arcades everywhere, and cinema reached new highs and lows with Raging Bull and Xanadurespectively; meanwhile, the biggest hit of 1977 was about to come back, telling the continuing story of Luke, Han and Leia with a new screenwriters (Leigh Bracket, who wrote The Long Goodbye for Robert Altman & Lawrence Kasdan, for whom this was his first screenplay) and a new director (Irvin Kershner, whose most notable works besides this were Robocop 2 and Never Say Never Again, so this didn’t quite pan out for him). What audiences were treated to was something darker, more Greek tragedy than space opera, with blurred lines between good and evil, open-ended conflicts and of course the most famous cinematic twist since Charles Foster Kane breathed his dying words. Though it garnered mixed reviews and won only one Oscar for Best Sound Mixing (how the hell the iconic Imperial March loses out to Fame is beyond me), it’s since developed a devoted following and near universal adoration, ranking in the top 100 films for Filmsite, Empire Magazine (which ranked it #2, only below The Godfather) and the UK’s Film Four (whose list it topped, besting The Godfather). Filled with nearly as many iconic moments as the original film, as well as introducing new fan-favorites like Lando and Boba Fett (introducing for its day, we’ve already chronocanonically met them), The Empire Strikes Back is referred by Star Wars fans, continually held up without question as the greatest Star Wars film of all time. So, the important question to ask is, does it hold up? Is it deserving of such praise?

Well, let’s just address the fact that this column started on September 4th, three months ago to the day that this goes live, and now we’re almost at the end. Two weeks until The Force Awakens. One more film to cover. It’s been a hell of a ride, with a lot more content consumed then originally planned, a lot more readers than I could have anticipated, and I’m so thrilled you all joined me on this journey. I say all of that now, because I’m well aware my readership is about to take a steep, steep decline in one sentence.

The Empire Strikes Back doesn’t really hold up.

Hear me out, it’s not that I didn’t enjoy it. It’s still an enjoyable film, and it clearly functions well as a component of a larger story. Yet, compared to the original, previous installment, for all the darker, more mature elements Empire brings to the table, it’s also a more stylistically bland, far less self-contained, and ultimately less eventful and significant film than the first (notice how little screen time it gets in Eclectic Method’s excellent saga summary), more purposeless in its storytelling, less concerned with getting from the beginning of a story to the end than getting from point a to point b in order to set up the final chapter.

As heretical as it may sound to the OT reverent, Empire Strikes Back almost has more in common with that other middle film, Attack of the Clones, than it does New Hope. Rather than tell a singular story, half of the film is devoted to our hero (this time Luke instead of Obi-Wan) taking off to a strange new world on a mission of discovery, while the other half sort of meanders about with a duo we’re supposed to believe love each other by the end because…Han says so enough? As poorly written as it was, George at least tried to create romantic scenes between Anakin and Padme, rather than have the origin of his trilogy’s sole romance be a mix of It Happened One Night disdain and Goldfinger-esque “playing hard to get” (I’m just saying, there’s enough fodder for a SJW’s think piece there).  Ultimately after a whole lot of nothing happens in the middle, the group is finally unites when our hero falls into a trap trying to rescue the romantic duo (as opposed to Clones, where the romantic duo falls into the trap trying to rescue our hero), and an epic, climactic battle unfolds so intense and pulse-pounding you forget how little occurred in the middle, somebody loses a hand, it gets replaced with a robot one, and then…it’s over. Just like that.

Ok, ok. This is gonna seem like I’m being unfair. I know by this point in a column, I’m usually half-way through a synopsis. But with something as revered as Empire, you feel compelled to ardently defend any opinion other than that it’s the all-time greatest Star Wars film (except Randal in Clerks, who never actually explains his preference for Jedi). To get on a Star Wars blog and say Empire doesn’t live up to it’s reputation is like walking into a room full of Latin majors and saying The Aeneidis overrated (which, by the way, it is, but that’s for another time).

I also recognize some folks may prefer the staggered narrative and provocative but picayune plot points of The Empire Strikes Back over the singular, linear nature of A New Hope. I appreciate that some folks just enjoying seeing characters they came to love in the previous entry with a little less sheen, a little more grit, stepping a bit outside their archetypical roles. Yet, there’s hardly enough character development in the film to make up for it’s lack of substantive plot. 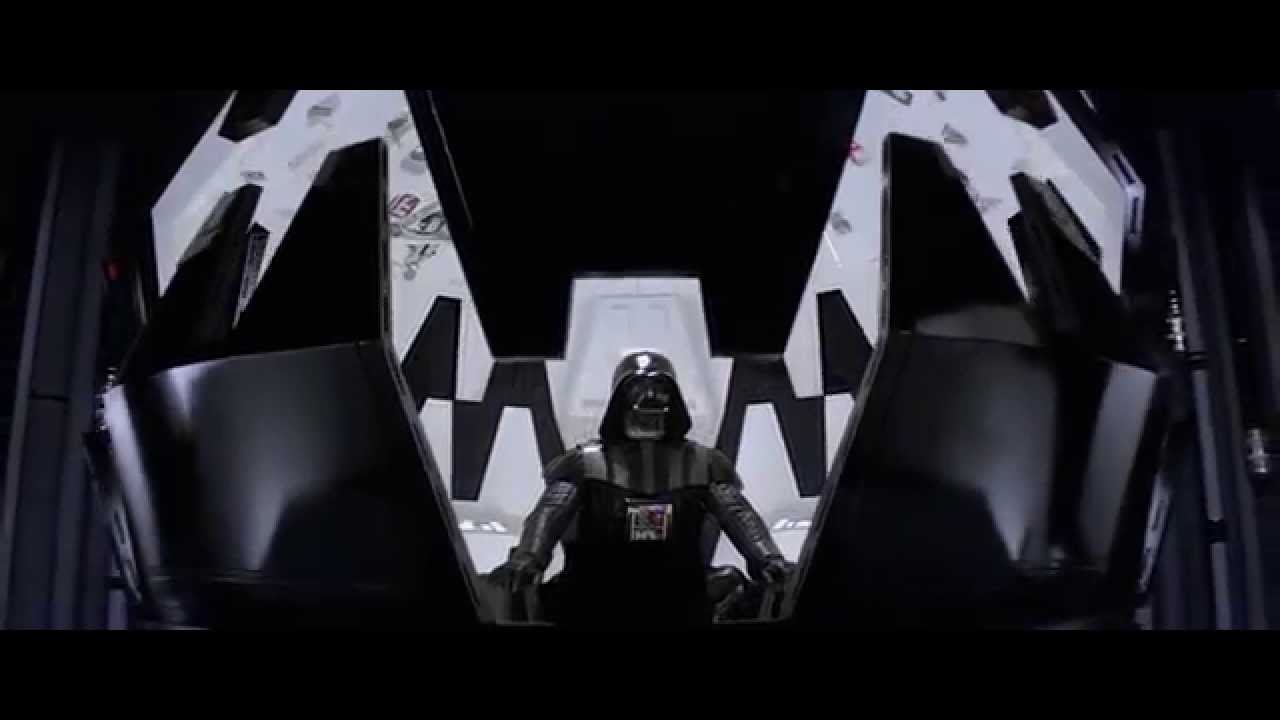 I could break down the plot of the film, but what is there to really say that hasn’t been said? In a nutshell, you get an incredible battle on Hoth, followed by a fractured narrative divided between engaging if a little slow training sequences of Luke on Dagobah, where he encounters Yoda; and Hand and Leia on the run, pursued by Imperials, bounty hunters, space worms and lacking a single moment of any consequence to the overall arc of the film. Hand and Leia eventual arrive on Cloud City, where Lando Calrissian greets them warmly (but secretly has been colluding with Darth Vader, who for some reason waits an awkwardly long time to actually capture them, rather than pursuing them as soon as C-3PO discovered their presence). Luke senses their danger and takes off, despite not finishing his arduous (and a little bit tedious; even the most ardent Star Wars fan has to admit the fairly cool “cave” sequence also slows the pacing down to a screeching halt) training, culminating in Han being famously frozen in carbonite, Luke battling Darth Vader and receiving the ultimate familial revelation, and…a really underwhelming ending of Luke with a robot hand, Lando in Han’s clothes, and not one fragment of any narrative conclusion.

Whereas  A New Hope (and the forthcoming Return of the Jedi), are essentially structured in halves to propel the narrative, i.e. Part 1: Get the princess, Part 2: Blow up the Death Star, Empire is rather bookended by terrific moments, with languid purposelessness trapped between. The Empire Strikes Back isn’t a dreadful film, and therefor can’t be subjected to the meticulous critical ridicule I’ve applied towards, say, the prequel films. Yet, nor is it so phenomenal that I can heap more unabashed adoration upon it as I did A New Hope. Rather, its honestly a tad bit dull, shockingly dreary compared to its companion films, and strikingly empty, admittedly full of sound, spectacle and fury, but ultimately signifying…I mean, a great deal to a great many people, but honestly very little to the saga as a whole. Luke was trained to some degree by Yoda, who informs Obi-Wan there is another hope besides Luke. Han gets betrayed by Lando Calrissian and frozen in carbonite, taken by Boba Fett to Jabba the Hutt. Luke fights vader, gets his hand cut off and finds out Vader’s his father. He gets a robot hand. That’s it. That’s literally all that occurs in the film that has any ramifications on the future of the story. The rest is just spinning the wheels, or perhaps more relevantly, racing the pods.

I’ll admit, after “knowing” my entire life that Empire was the greatest Star Wars film, and arguably the greatest sci-fi film of all time as so many had hailed it, I was stunned to find how many points felt empty or seemed to drag, and how little joy I’d gotten from the film compared to the lively rush I received from its predecessor. In fact, watching it now, I find it shocking so many complained about a film like Avengers: Age of Ultron being a near-joyless affair that ultimately had little to offer beyond setting up the sequel when the film they tout as an “all-time great” is nothing but set-up for a sequel, with absolutely zero resolution to any plot point they introduce after Han cuts open a tauntaun. Alas, it appears the, at the time, rarity of a “gritty, serious” take on something so fantastic astonished in its day and bears still the remnants of that great reverence in an aura around it, and it takes some song objective viewing (perhaps only in such a scope as this project’s undertaken) to notice the cracks in it’s veneer. 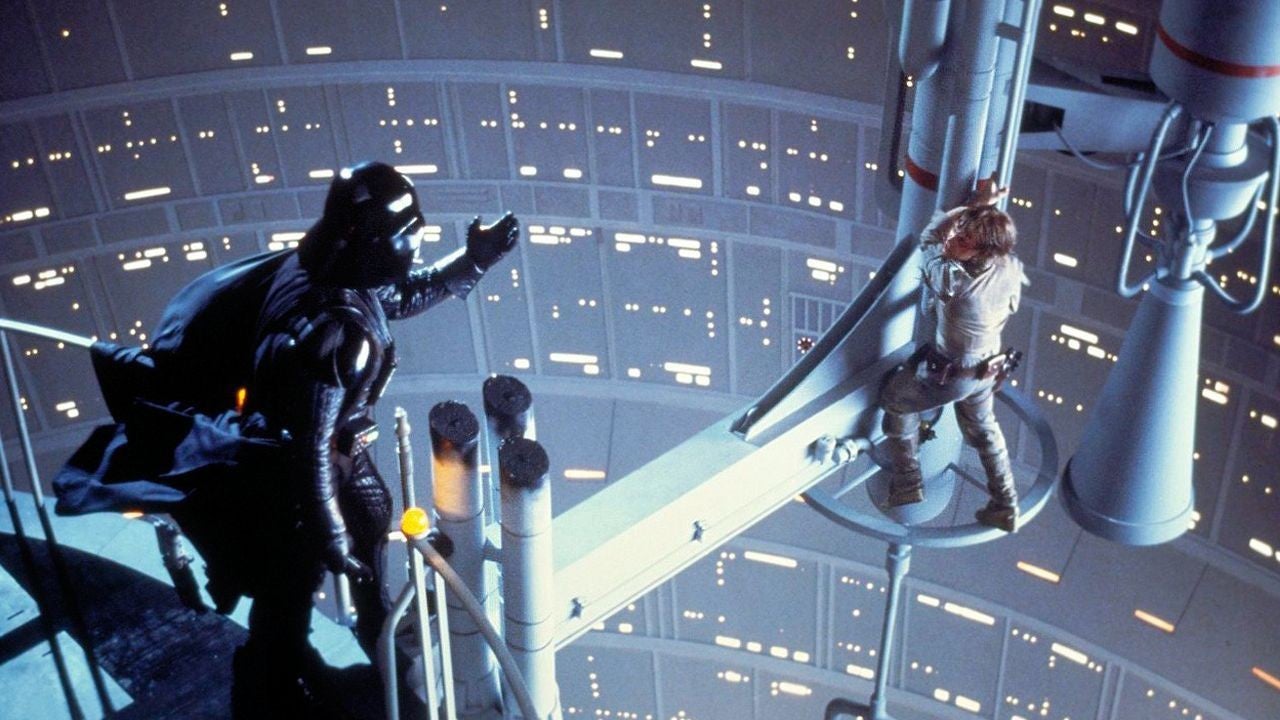 Is the film worth watching? Of course It’s still a good film, after all. Even for all its faults, The Empire Strikes Back has some incredible moments as its bookends, and the “I am your father” scene is one of the most iconic moments in American cinema. It’s absolutely worthy of your viewing time, it’s just simply that it might also be due for a reevaluation to determine whether it truly deserves the high praise it’s routinely lavished with.

Well, thanks for checking in as I alienate a large portion of the Star Wars fanbase, folks.If you’re not too furious, please check back next week as we take a look at the final film in the franchise so far, Star Wars Episode VI: The Return of the Jedi.

One thought on “(De)Constructing the Ion Canon: Star Wars Episode V: The Empire Strikes Back”