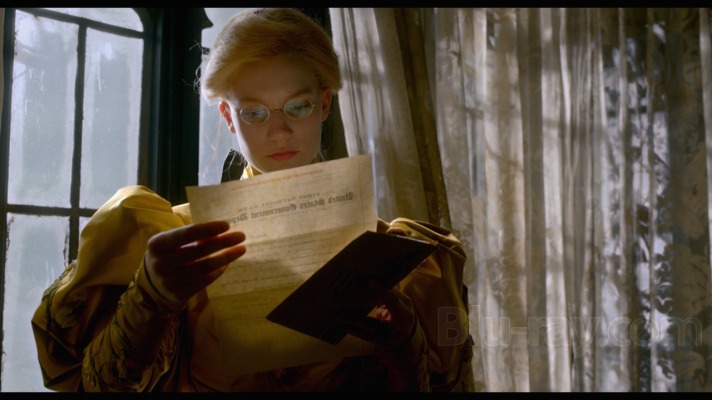 It’s a god damn delight to see Guillermo rebound after the, to my mind, terrible blockbuster Pacific Rim.  I’d pretty much loved everything he did prior to that (I haven’t seen Mimic).  It seems to me though that the failure of Pacific Rim is that he had strayed from the fantasy land and moved to science fiction.  His work, even in the actiony Blade II, is very fantastical and almost like dark fairy tales.  So his return to an R rated movie with ghosts in them in a period setting was a tantalizing prospect that luckily he didn’t fail at.  Set in 1901, Guillermo delights with maybe his most visually appealing movie thus far.  But despite the promotional materials saying otherwise, this isn’t a horror movie.  It’s more of a gothic romance.  Don’t fret though, there is some violence in here. Not a lot, peppered in liberally but done so brutally and unflinchingly that you may be a bit disturbed by it.  The violence is part of Guillermos unwillingness to hold back, completely capturing his filmmaking done outside the states.  The violence is brutal, the storytelling takes some really icky turns and does not end the way you think it will.  And that’s because this is not a ghost story.  It’s a story with ghosts in them, serving as thematic elements to what’s going on.  This is a movie about people being unable to let go of the past, and the ghosts are quite literally here.  Wasikowska’s the one attuned to the spectral realm, and they serve to keep her alive.  She isn’t haunted by her past and is willing to move forward, but some others in here are not.  I won’t say much more because it’s a movie rich with storytelling turns that are great going in fresh.  Worked well for me.  But I will say that the movie does straight up say that this isn’t a ghost story, don’t look at it like that and just enjoy the ride.  The movie is gorgeous to look at, the actors are fantastic and the script is tight as hell. Thematically rich as well as entertaining, I may end up feeling like this is his best work.  Then again, Pan’s Labyrinth is in there so we’ll see. 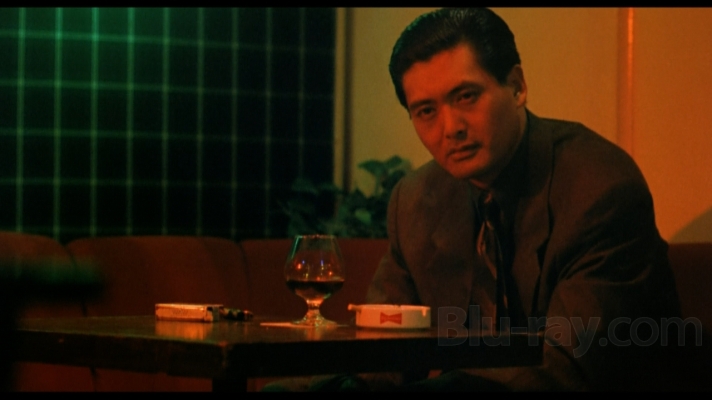 I’m very glad I haven’t seen every John Woo movie.  Knowing that there is just this world of discovery waiting for me in the action genre is such a good feeling.  Especially the stuff back in China.  Cause hey, I love me some Face/Off.  But it doesn’t hold a candle to Hard Boiled.  Or as I learned this day, a candle to The Killer.  Now, the fact that this isn’t the best movie in Woo’s oeuvre is astounding.  Number 2 ain’t bad, but this would be the high watermark of any other director’s career.  Although I can see an argument being made for this one being his best.  It’s a little more human and emotional, with a philosophical bent to it that isn’t in Hard Boiled.  For me, I prefer the more streamlined story with the most insanely choreographed action I had seen prior to The Raid 2.  But this is nothing to sneeze at in the area of bug fuck action.  The balletic action he’s pioneered is something brought up for decades now, but it’s gotta be mentioned.  It’s gorgeous and so intricate in it’s mayhem.  The precision and planning that had to go into that had to be staggering.  I don’t even wanna think about the ulcers these guys must have developed if they had to do something over again.  Destruction porn at it’s finest.  It’s a much less binary movie than Hard Boiled, focusing on a bad guy with a code but a bad guy nonetheless.  His whole journey is to escape the life with the woman he loves/feels responsible for and getting a cop to become a murderer.  I kid, but only a little. There’s some reflection on honor, friendship, responsibility, love and ethics.  Mirroring the work of a hitman and a cop, two men with guns that use them very differently.   It’s a well told story, a well worn B movie plot told with finesse and grace and no mercy by Woo.  It’s a fucking stunning piece of filmmaking, one of the most well crafted movies in the field and helps to move the genre forward by enhancing the slow mo mayhem started by Sam Peckinpah.  Subtlety isn’t the game here, playing very big and operatic, with guns seemingly never needing to be reloaded and henchmen taking entire clips to be killed.  Sensory overload.  Gotta love it.  If you love action movies and aren’t the kind of dumbshit averse to subtitles in movies, you will be in heaven. 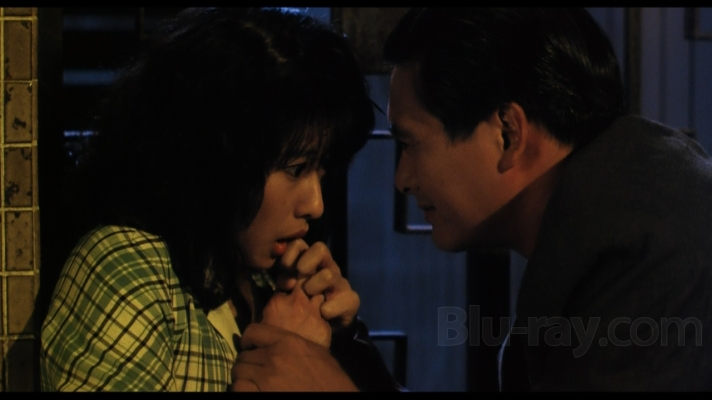 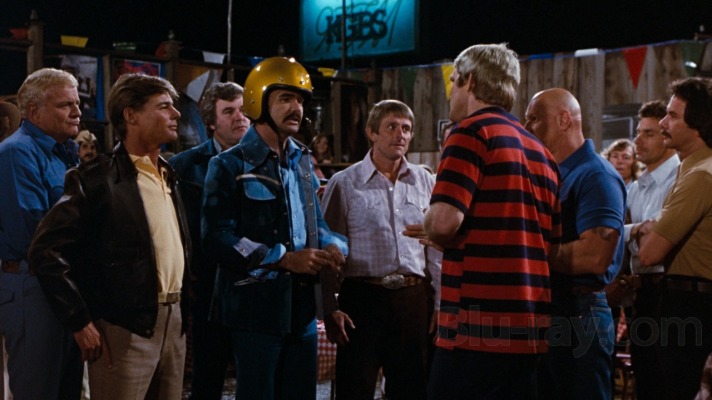 Sometimes you just need a good ole heap of fun to end a day, and this movie is one of the best purely fun movies there is.  Burt Reynolds as the best stuntman in the business just doing his work and having a good time with friends.  That is until an up and coming young buck stirs a little competition in Burt and he tries to one up him at every turn.  But that haunts him, making retirement a necessity of health.  So this leads to him doing one last stunt, a record breaker that could kill him, bringing the youngun along for the ride to boost his cred.  All this story basically happens within the last 30 minutes, and done with a good deal of fun. You never worry about Burt.  You just go for the ride, watch him have fun.  Bar fights, car chases and crazy stunts.  Burt is charming as hell, a wink in his eye the whole time. The stunts are crazy good and make you realize how much cinema is lacking in terms of crazy ass stunts.  I can’t really explain how fun this movie is or why.  It’s silly and stupid and just perfect.  Needham and Reynolds continue their collaborative fun going after Smokey and The Bandit to deliver another southern fried gem.