There are so few teamups that are as apt to get me excited as one that pits Clint and Burt together. Especially one where they’re relationship is one defined by animosity as much as it is by genuine connection. And setting it in the 30s is just a nice little cherry on top of the delicious cake that this movie is.  It’s a more lighthearted fare than one would think, putting these two action stars into a noir setting with a pretty typical noir narrative.  Reynolds plays a PI who was once a cop but retired with some shame, and is now caught up in a web of shit thanks to the machinations of his cocksure business partner.  Clint is a police detective straight out of the Dirty Harry mold, with even less of an interest in police procedure than that San Fran cop thanks to the time period being one not so interested in criminals rights.  Clint gets involved because, despite his insistence to the contrary, actually wants to help out his friend.  It doesn’t hurt that he is a cop who wants to stop the bad guys from winning.  Now, despite the billing, this is actually Reynolds’ movie for the most part.  He’s the focus of the plot and the one that ostensibly gets the plot moving.  Clint is here as a Terminator, showing up when he’s needed and mowing bad guys down without breaking a sweat.  And when he shows up, the bad guys know they’re fucked.  They really play with the Dirty Harry aspect of Clints personality, making him Harry without the worry of bosses bitching at him. There’s also a fun runner of him sitting by and watching Burt get his ass kicked without stepping in, until a bad guy knocks into him and spilling his drink.  What keeps this movie from being a slamdunk to me is that it feels a little rushed.  It feels that there is some scenes missing that could have helped to round the movie out a bit, mainly in Burts sections.  Cause it seems like the idea from the beginning was to make Clint the side character who shows up like the shark in Jaws, where Burt gets a lot of focus.  Knowing the story of Burt breaking his jaw during the making of the movie, it seems like some stuff was skipped over to allow him to heal.  Which is a shame, but lucky enough (for me at least) the movie is entertaining as is.  It’s charming and has some good laughs, and has some good fun with the action.  Just seeing these two guys show up to play is good enough. 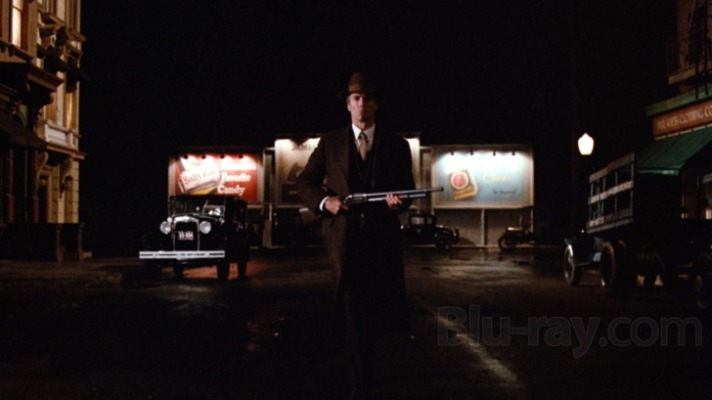 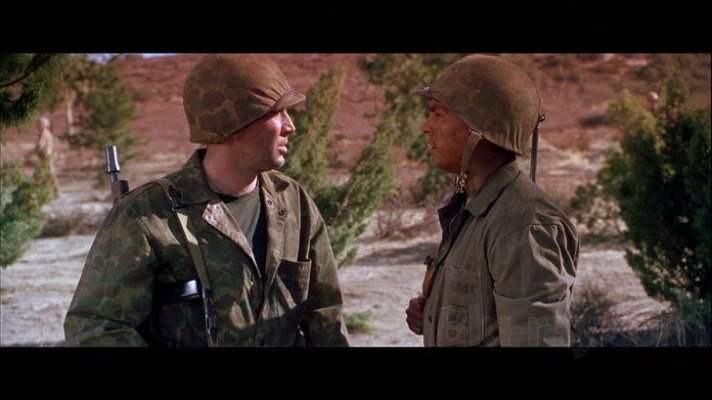 Poor John Woo.  He really just did not have much luck in America.  I say that and I like this movie.  It’s very flawed, don’t get me wrong.  But the man who changed action cinema in his homeland of China should not have been so underutilized and undercut the way he was in America.  In what is actually a fitting pattern for him, he makes a movie with Face/Off alum Nic Cage and it’s not wholly successful.  Face/Off is his only legit great movie in the US, and it’s because it goes completely HAM in the insanity of the premise.  And where that movie was a bit of an apology to Travolta for the moderately entertaining Broken Arrow, this is a not wholly successful reprise with Cage.  Which is a shame because the basic idea of the movie isn’t bad at all.  Focusing on the Navajo codetalkers in the Pacific front of WWII is some juicy and unmined territory.  And while it deals with that in a sense, it’s mainly a movie about broken soldier Cage and his journey to redemption.  Which is fine but it doesn’t rise above the cliche that it is.  Cage does a decent enough job trying to bring this guys pain to life and make him real, but there’s a tonal dissonance to it that doesn’t help.  Unlike Face/Off where that wild style worked within the narrative, this doesn’t.  It plays more like Cage being uncontrollable.  He’s got his moments where he shows what a talent he is, but overall it leans towards the weaker side of his good roles.  Cause I won’t sully it by saying it’s among his worst, as we enter his second decade doing DTV  tax trouble garbage. Whereas Beach, in the first of two roles playing an important Native soldier in the Pacific, gives a good and human performance as a good man trying to do right being edged towards the darkness thanks to Cage but ultimately proving his humanity.  The runner up highlight for me, surprisingly, is Slater.  Another returning US Woo alum, he gets a juicer role and is very human.  You can actually sense his struggle with the mission at hand, befriending these codetalkers while knowing full well he might have to kill them to prevent the Japanese from torturing info out of them.  Without big histrionics like Cage, he does it.  The movie is filled to the brim with action, more than any US Woo movie before hand.  And he nails it quite well, although there’s a weird disconnect for me as an audience member.  Living in a post Saving Private Ryan world, this movies style of leaning more towards action movie style is offputting. Especially since every WWII and war movie since 1998 has gone for brutal realism.  Even this is trying to be brutal and show the horrors of war (sometimes it does and others it doesn’t), it’s weird to see Cage and Slater do dive jumps and rolls before mowing people down in groups.  And coming out around the time of Black Hawk Down and We Were Soldiers and Band of Brothers does this movie no favors.  But it does have a humanity to it that it tries to portray and it has a big cheesy heart within it’s blood soaked action bonanza.  And overall I think it works enough to not be a complete mess and is definitely not his worst American movie.

I really did not set out to have a Richard Benjamin experience this week, but that’s where we’re at.  While it is a step down from the other movie I watched of his this week, but that may be due to that sad yet simple fact that it doesn’t have Clint and/or Burt.  But on it’s own it is a very effective comedy.  One filled with many pratfalls and Rube Goldbergian setpieces of household destruction.  It’s got Tom Hanks, so it’s got the charm and the humor down pat.  Add in Shelley Long with her particular brand of stuffy lady humor, you got a real treat.  It may be a little too broad at points, which isn’t too much of an issue since it’s a movie that focuses on a comically inept house that was owned by a Nazi.  But there’s some moments where it goes a little too broad and cartoonish, specifically in some of the characters.  Like the particularly sleazy home renovators or the musicians that the movie tries to satirize.  There really isn’t much I have to say about this one.  It’s fun and has a good sense of the anarchy at play.  The set pieces are nice and original and just squirm inducing enough to make you feel bad for the main characters.  Give it a look if you like Hanks.

Teenage Mutant Ninja Turtles: Out of The Shadows (June 3rd, 2016) 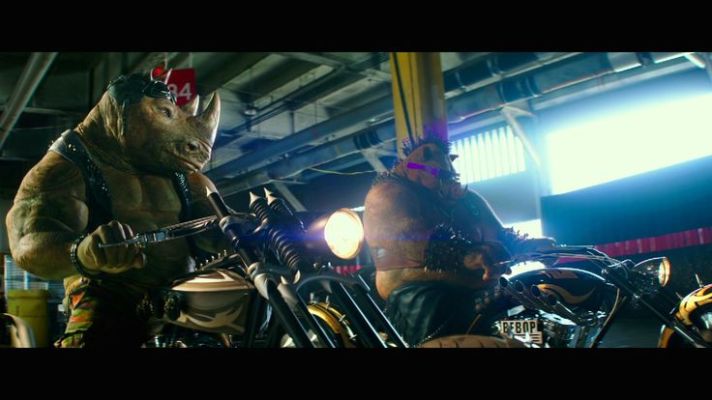 1. TMNT: Out Of The Shadows